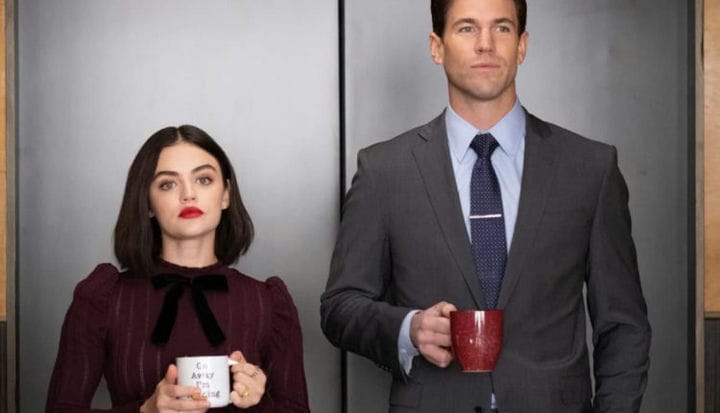 A selection of romantic melodramas for Valentine’s Day

The most romantic day of the year – Valentine’s Day – is less than a week away. So to help you create the right lyrical mood, we’ve decided to dedicate this week’s film critic column entirely to romantic melodramas.

Love as a bestseller

Romantic comedy. Its protagonist is the young London writer Henry. For six months now, he has been trying in vain to sell his first published novel. His book "My Sensual Heart" is full of romance and does not contain a single intimate scene. One day, a publisher calls him and informs him that "My Sensual Heart" has become a bestseller in Mexico. To double the success and set the stage for writing a sequel, the publisher suggests that Henry travel to Mexico and visit several cities there to meet fans. Upon arrival, Henry meets the Spanish translator of his novel, Maria Fernando Rodriguez. After all, it was in Spanish that the book was published in Mexico. Already after the first meeting with readers, Henry realizes that Maria, during her free translation, greatly changed his book, making it too frank.

Romantic office melodrama with light notes of "Pride and Prejudice", but filmed in a new way. Lussy and Joshua work together at a New York publishing house, and they hate each other fiercely. Lussy is an energetic, creative, enterprising and rather gentle girl. Joshua is a kind of modern-day Mr. Darcy – proud, arrogant and pedantic. At some point, young people become competitors in the struggle for a leadership position. Then Lussy decides to include an element of seduction in her everyday image in order to demoralize the enemy. To the surprise of the girl, her plan works with lightning speed. But isn’t Joshua playing the same game?

A very romantic road movie shot with the effect of an amateur camera. The quiet girl Nadja comes to Belgrade on vacation. In Moscow, she still had work and everyday bustle. In Belgrade, she has a luxurious rented apartment overlooking the Danube. In the evening, in a bar, Nadia meets Nesha, a Serb who knows a little Russian. A romance begins between young people. Nesha’s lifestyle is very different from Nadia’s clearly planned and predictable life. He moves freely between cities, positions himself as a man of the world, never makes plans, goes with the flow of life and enjoys it. Nesha does not have a permanent home, a mobile phone, and he earns by juggling on the streets. All this the protagonist of the "Danube" calls freedom. At some point, Nadia becomes so fascinated by her lover’s lifestyle that she is ready to drop everything and follow him.

Romantic melodrama. Her main character is a young successful girl Maggie Turner. She is 37 years old. She is married but has no children yet. Maggie is about to become a junior partner at the law firm she’s worked for for years. But, as is often the case, due to the preference for a career, Maggie’s personal life cracks. Her husband is an ordinary school teacher. Therefore, having accidentally met her ex-boyfriend, who has now become an influential businessman, Maggie willy-nilly wonders if she made the right choice in her time in her personal life. But soon fate will give her an amazing opportunity. Maggie will go back 15 years of her life and get a chance to change everything.

All love and happy viewing!

Believe it or not: Vera Wang is dating Evan Lysacek