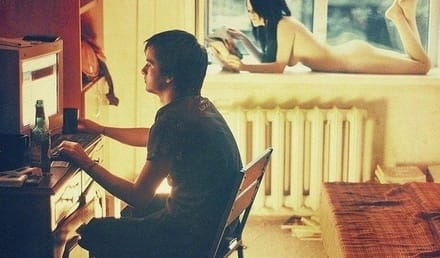 Last updated May 14, 2022
4
Share
Content
How to deal with your boyfriend’s addiction to online games
What to do if he constantly plays

If you are here, you often wonder: "Why does my boyfriend constantly play online games or just a computer?". We’ll try to answer your questions.

How to deal with your boyfriend’s addiction to online games

Computers, the Internet, mobile phones – all this entered our lives not so long ago, but managed to subdue millions of people who can no longer imagine their lives without gadgets and being constantly online. Internet addiction is rapidly enslaving the minds of people, not stopping there. And the two most important Internet troubles that cause real addiction are social networks and computer games.

What is interesting: computer games most often cause addiction (dependence) in men. Many gamers are actually subordinated to virtual reality, which replaces the joys of live communication.

Naturally, this negatively affects relationships with others and the beloved.

What to do if he constantly plays

What to do, how to wean your man from constant vigilance at the computer and finally make him pay attention to himself?

After all, we think at first that the MCH will play enough and everything will be as before. And in vain: the moment is lost – the man continues to plunge into the virtual world, which takes more and more time in his head, and as a result, the virtual becomes more significant for him than his own family. And only after that it dawns on us: that’s it, we’ve arrived, we need to do something.

The first attempt to reason with the addict: a serious conversation. The emphasis is on the lack of attention, the children (if any) have lost their dad, friends are bored. This measure has a temporary effect: during the conversation, the man will move away from the computer. He will listen and even experience something similar to remorse. But after a couple of hours, he is again lost to society – the computer just does not let go.

Double two. An unsuccessful first attempt to reason with the player leads to a second – again a conversation and again a serious one. Then scandals with tears. The effect is zero. Someone resigns himself, admitting his defeat in the battle with a computer drug, someone collects things and says "adios". But there is a third way that requires patience – to try to defeat the addiction of a beloved man.

First and foremost, you need to start with yourself. Suddenly? However, there is every reason for this. Most likely, the gamer is dissatisfied with life, including personal life, which prompted him to delve into the computer jungle and get stuck in them for an indefinite period.

You need to remember yourself – the one you were before the development of gambling addiction. The discovery can be discouraging: what you were before and what you are now are “two big differences." Moreover, the current state of affairs, most likely, will be sadder. So, you need to remember your former self – to become calmer, more attentive, more liberated. You need to flirt with your husband, joke, smile at him more often – he will definitely notice the changes that have taken place.

Start going out again together – after all, live communication, a change in psychological tone give a person much more than vigil and a computer, which is a miserable surrogate for "live", real emotions.

There are many options for returning a husband to real life. And all of them are aimed at making him experience strong emotions, in comparison with which rpg-shooters will seem to him a worthless life-burning. The main thing is the patience of a wise and caring wife, which is the key to a happy return to reality.

“I will reveal a terrible secret: disabled people have sex no less than “normal”

HOW TO GET YOUR HUSBAND TO STOP DRINKING

DIY gift for a loved one

LOVE AT A DISTANCE

Vaginal orgasm and how to experience it