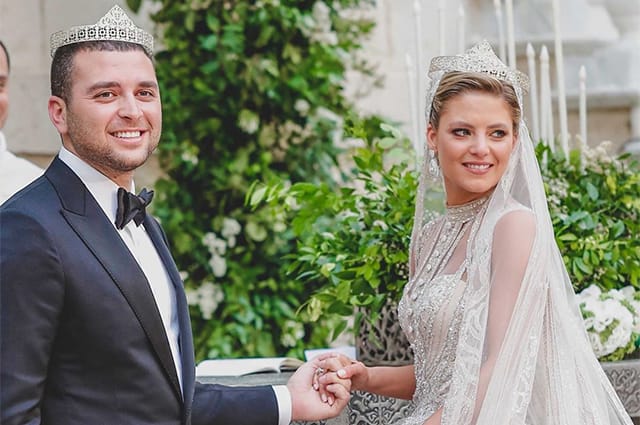 And although persons not as public as Hollywood stars or representatives of the British royal family legalized their relationship, the scope of the celebration could well overshadow some royal weddings! 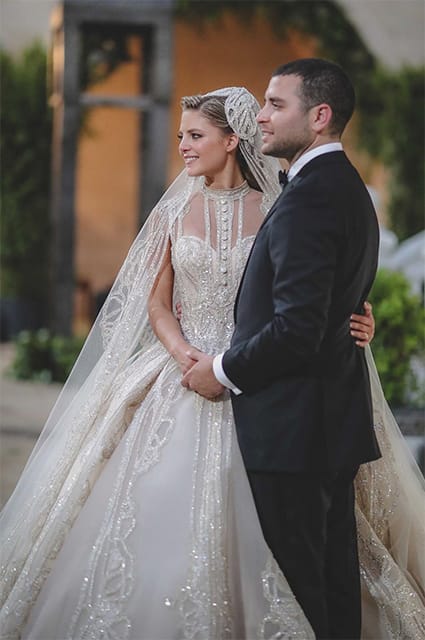 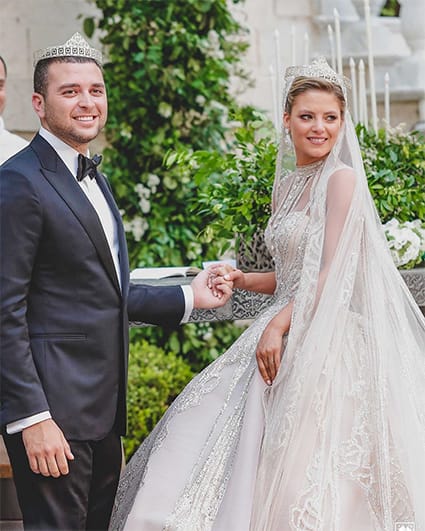 Elie Saab is known as a designer of truly luxurious dresses, reminiscent of fairytale princess outfits, and is certainly one of the most popular fashion designers in the bridal fashion segment. With such data, one could hardly expect that the bride’s dress would be modest – the future father-in-law, of course, took the process of preparing the bride for the celebration into his own hands. Let’s talk about the highlights of the wedding.

For the celebration, two wedding dresses were created, and one is clearly not inferior to the other either in decorative trim or in style!

For the official ceremony in the Saab atelier, a sleeveless dress with a closed bodice was sewn especially for the bride, but most of all the guests were impressed by the train and the 4.5-meter long veil. The veil was made of the finest silk and embellished with 50,000 sequins and cream-coloured embroidery. 12 people worked on the decorative trim of the dress itself, and it took them 450 hours to complete it. 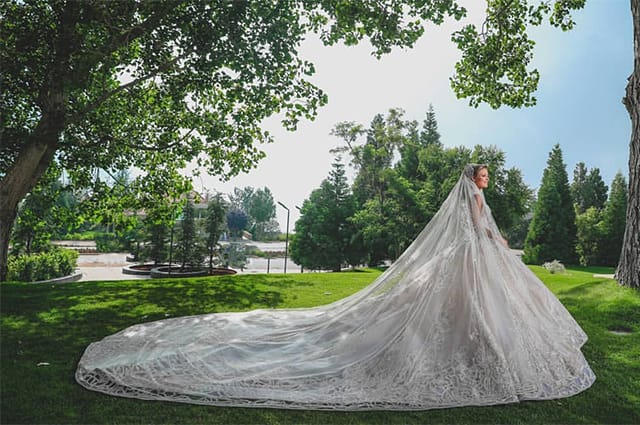 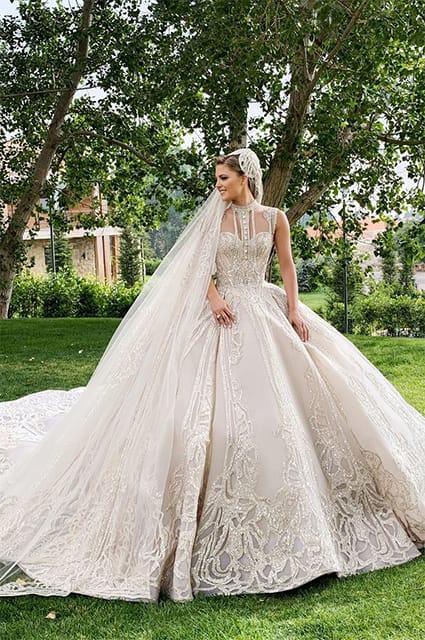 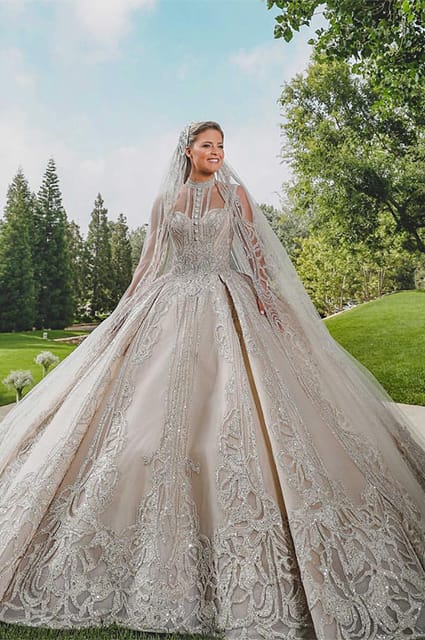 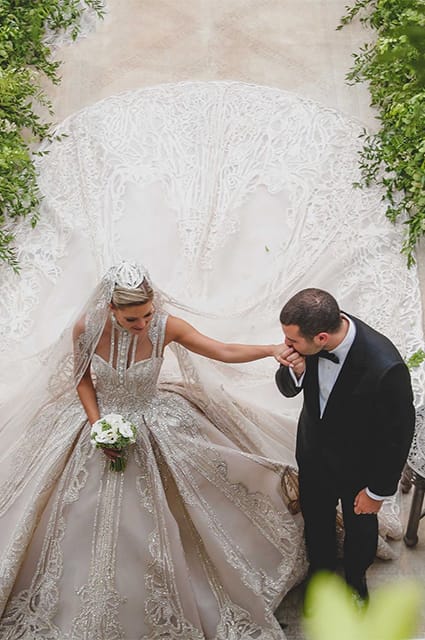 The second wedding dress was prepared for the celebration with the guests. At the party, Christina appeared in a beige and gold off-the-shoulder dress from the designer’s new couture collection. It took 650 thousand sequins and 150 thousand Swarovski crystals. Another 100,000 gold sequins adorned the 3.5 meter long veil. 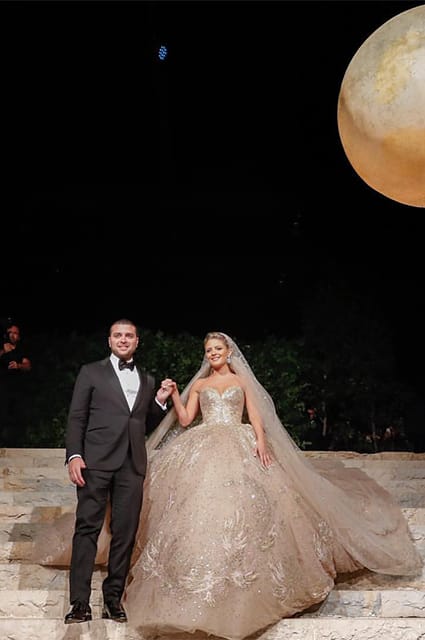 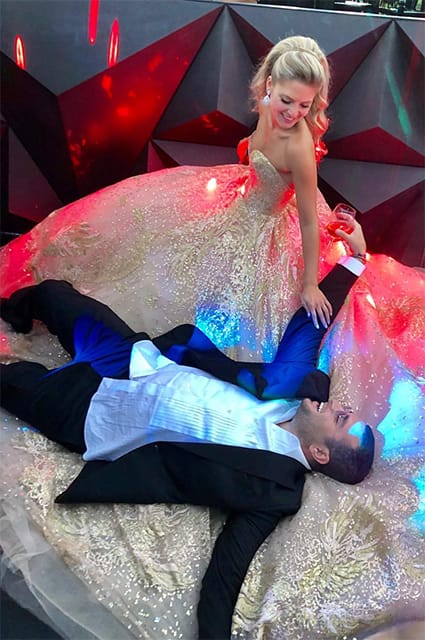 Well, closer to the night, Christina changed into a more tight-fitting pale blue dress with a high slit (the outfit was also from Elie Saab), so that nothing would interfere with the dancing. 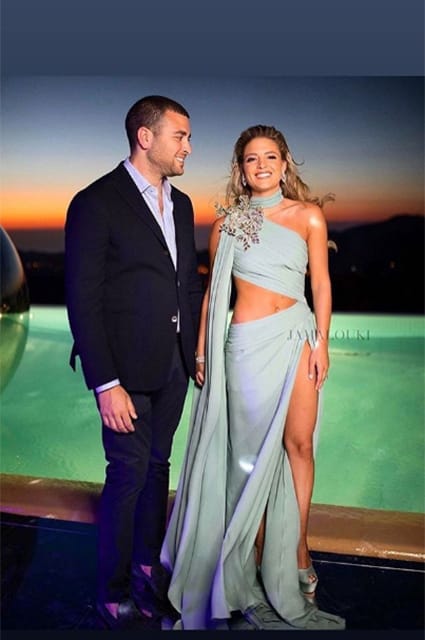 Little is known to the press about Christina Murad herself. In social networks, the girl (like her newly-baked husband) maintains a closed account. According to The National portal, the couple was introduced by Eli Celio’s younger brother, and the designer’s son made an offer to his chosen one a little over a year ago – on June 19, 2018. 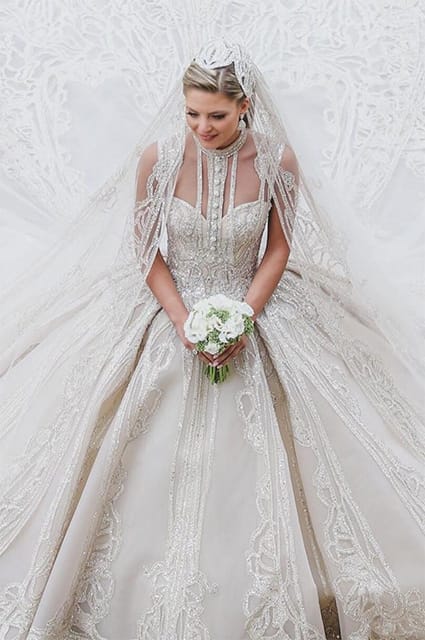 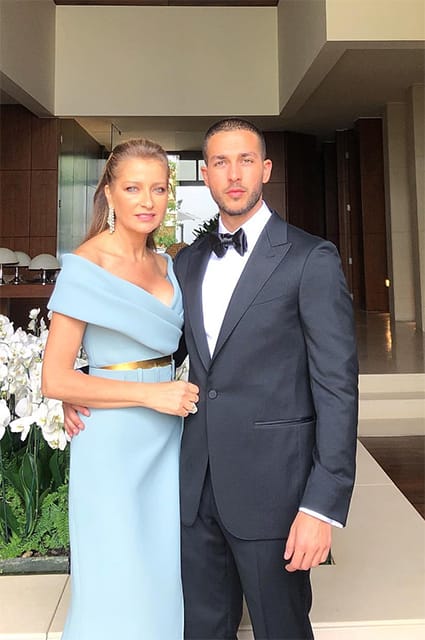 Celio Saab with his mother Claudine

In total, about one thousand guests attended the celebrations, among them there were many celebrities. Karolina Kurkova, Dita von Teese, Toni Garrn, Sara Sampaio and Alla Werber flew to Lebanon to congratulate the newlyweds. 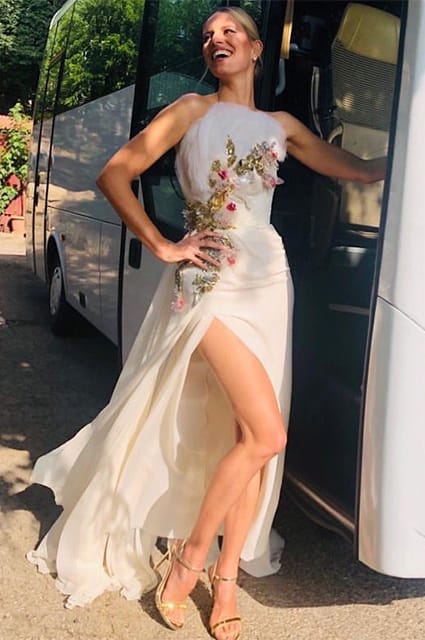 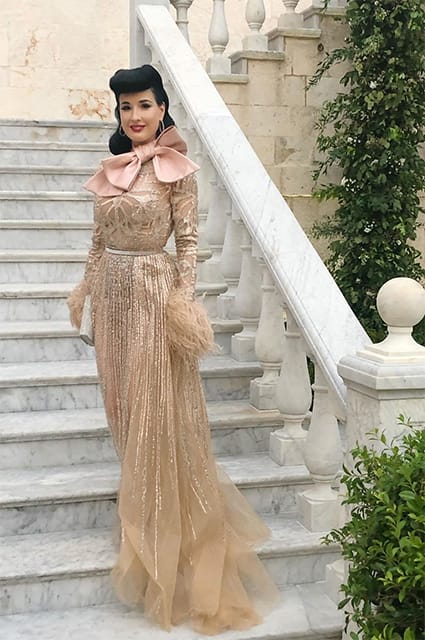 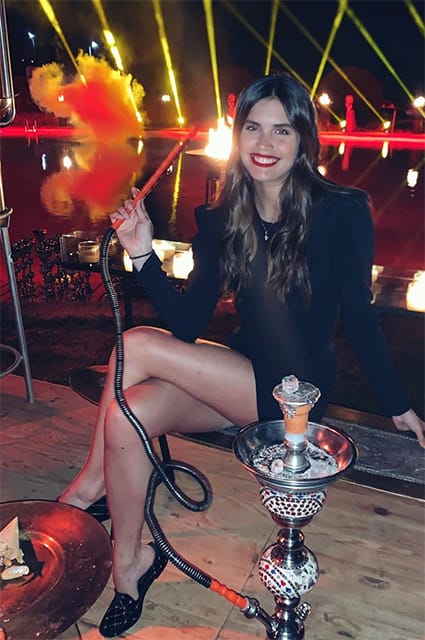 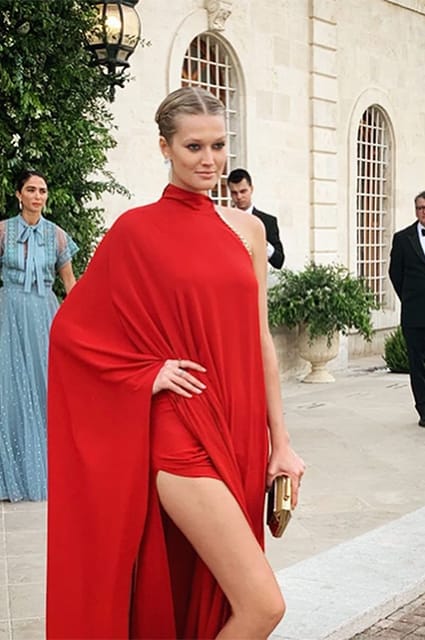 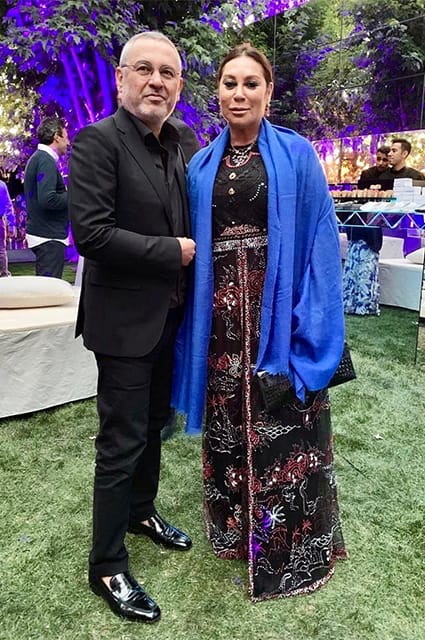 The wedding took place in the Bkerke Church near Beirut, but they started celebrating a little earlier: first in the Le Plateau de Bakish country club, and then continued in the luxurious Faqra Club, where guests were entertained by the stars of the Lebanese music scene. Well, after sunset, in honor of the newlyweds, they staged a festive fireworks display.

The most resonant films of the end of last year

SOME SIGNS YOU ARE BETRAYED