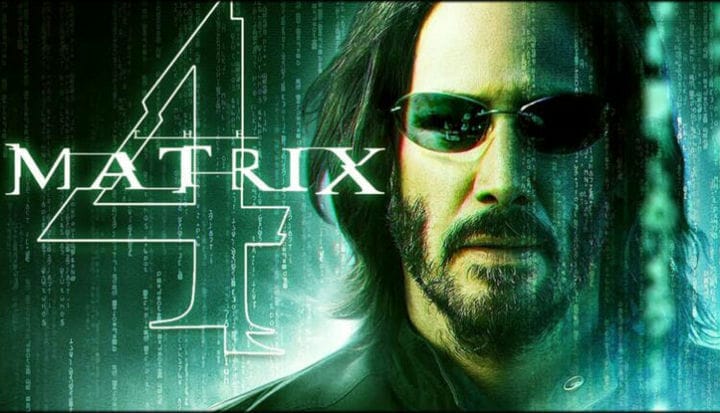 The most resonant films of the end of last year

The end of 2021 was marked by the release of a number of films expected by the audience and, as a result, resonant films. All of them are already available in high quality online. So, if you didn’t see them at the cinema, watch them with pleasure at home!

The 26th superhero film in the Marvel Cinematic Universe starring Angelina Jolie and Salma Hayek. The story begins long before our era. There are ten super-beings on Earth who call themselves the Eternals. These are Ayak, Sersi, Ikaris, Kingo, Sprite, Fastos, Makkari, Druig, Gilgamesh and Fina. They are sent by the creator of the Sun – Celestial Arishem to protect the Earth from giant predators – the Deviants. By 1521, the Eternals succeed in destroying all the Deviants. The leader of the Eternals – Ayak – orders her wards to live separately from each other and wait for new orders from Arishem. This is how five hundred years pass. Humanity is evolving. Already today, after the death of Thanos, Deviants are starting to appear again from nowhere on Earth, one by one. And this means that the Eternals will have to unite to fight them. Especially,

Historical drama starring Matt Damon, Adam Driver and Ben Affleck. Directed by Ridley Scott, based on the book The Last Duel: A True Story of the Ordeal by Battle in Medieval France by Eric Jaeger. The action takes place in medieval France in the XIV century. The film consists of three chapters. Each chapter describes the same events from the point of view of three different people – the main characters of the film. Jean de Carrouges is a brave knight who faithfully serves the king. Having been widowed still quite young, he marries the beautiful, educated Margaret. However, within 5 years this marriage does not produce offspring. Once returning home after another military campaign, Jean finds his wife in disarray. She admits that while the missus was away, she was raped by his friend Jacques Le Gris, who is also known as a womanizer. However, Jacques Le Gris denies all accusations and claims that the intimacy with Marguerite happened with her consent. To protect his wife’s honor, Jean challenges Jacques to a duel, the terms of which would seem wild to modern man. Indeed, in the event of the death of Jean, Margarita will be recognized as a liar and publicly burned alive at the stake.

Despite the crushing failure of the film at the box office, a number of reputable publications included The Last Duel in their lists of the best films of the year.

Leonardo DiCaprio, Jennifer Lawrence, Timothée Chalamet, Cate Blanchett and Meryl Streep are on the set of this disaster movie. Remember the cult "Armageddon", add to it the irony of our current reality and get "Do not look up." It all starts in the Department of Astronomy at the University of Michigan. Here, graduate student Kate DiBiasky (Jennifer Lawrence) discovers a comet approaching the Earth’s surface while working with a telescope. When she reports this to Professor Randall Mindy (Leonardo DiCaprio), he comes to a terrifying conclusion through calculations – the comet’s collision with the Earth is inevitable and will lead to the death of all life. Until this fateful moment, there are only some 6 months left. Then Keith and Professor Mindy contact the head of the Office for Planetary Defense Coordination, who will immediately arrange for their delivery to the White House. Now all of humanity would unite and throw all their military power to destroy the tailed enemy approaching from space. However, in the White House, the main characters of the film are faced with indifference and a proposal not to spread information about the danger of a collision. After all, the presidential election campaign is at the finish line, and new circumstances can harm the ratings of the running incumbent president.

The film had a limited run at the box office, hence the low box office. At the same time, this fantasy has already been included in the list of 10 best films of 2021 according to the National Council of Film Critics of the United States and the American Film Institute, and has also received a whole clip of prestigious nominations, including 4 nominations for the Golden Globe.

Sequel to the cult science fiction The Matrix, the fourth installment in the series and a direct sequel to The Matrix Revolutions. Keanu Reeves is invariably occupied in the title role. It’s been 60 years since the events of Episode 3. In Episode 4, to the relief of all Matrix fans, we find Thomas Anderson alive and unharmed. He lives in San Francisco and is known as the most famous designer of the computer game The Matrix. “What about the uprising of machines and their enslavement of human civilization?" – you ask. Perhaps this person invented everything about the matrix and simply put his invention at the basis of the plot of a computer game that was destined to become mega popular. However, Thomas Anderson himself constantly has doubts about the reality around him. He visits a psychologist which helps him not to go crazy thinking about the intricacies of the plots of the computer game he invented. This help lies in regular conversations and the extension of blue pill prescriptions. After them, Mr. Anderson seems to feel better. This continues until Bugs and Seka find him and help him get out of the Matrix and into the real world.